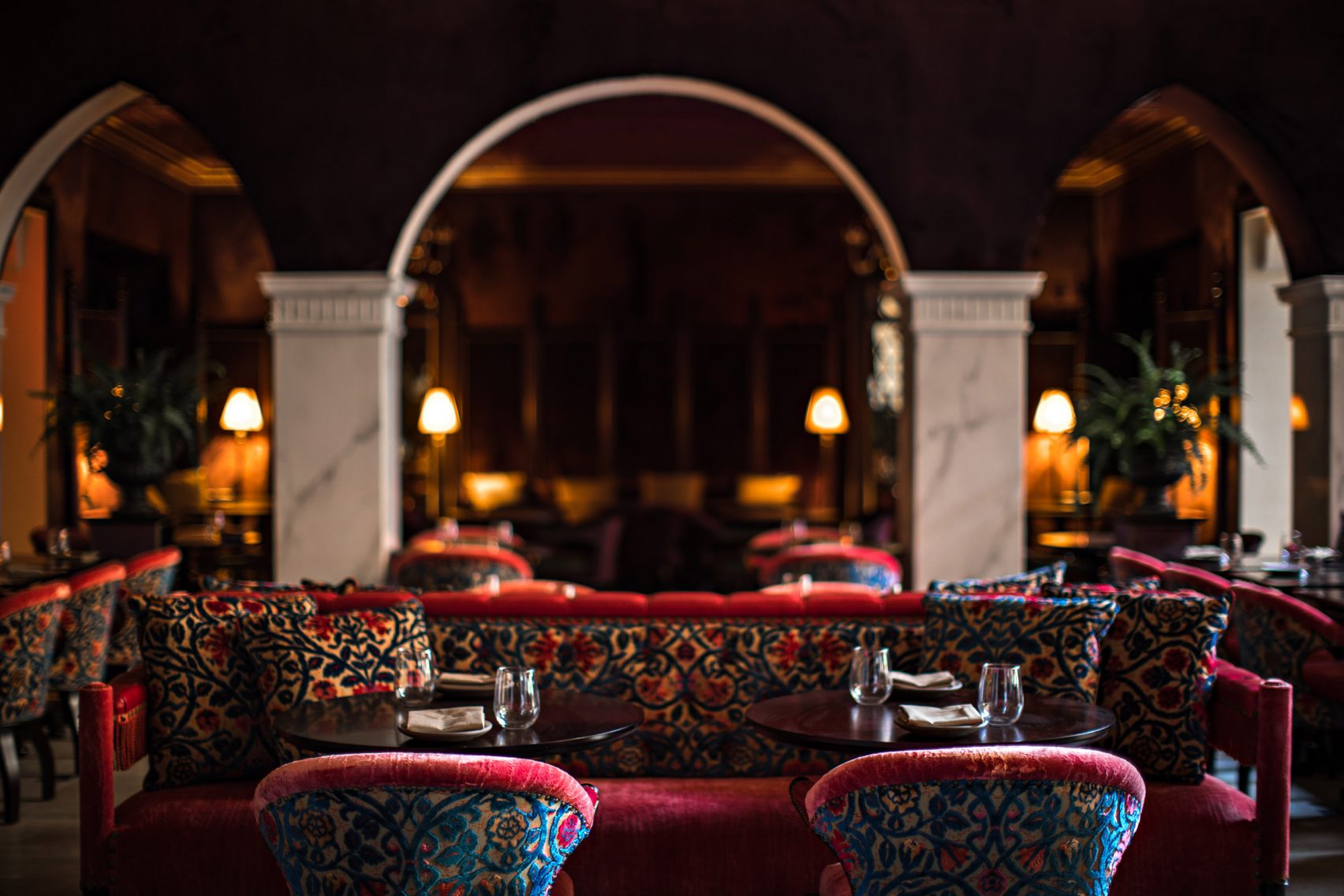 The NoMad Los Angeles opened earlier this month in the historic Giannini Place on Olive Street, in the city’s Downtown area. 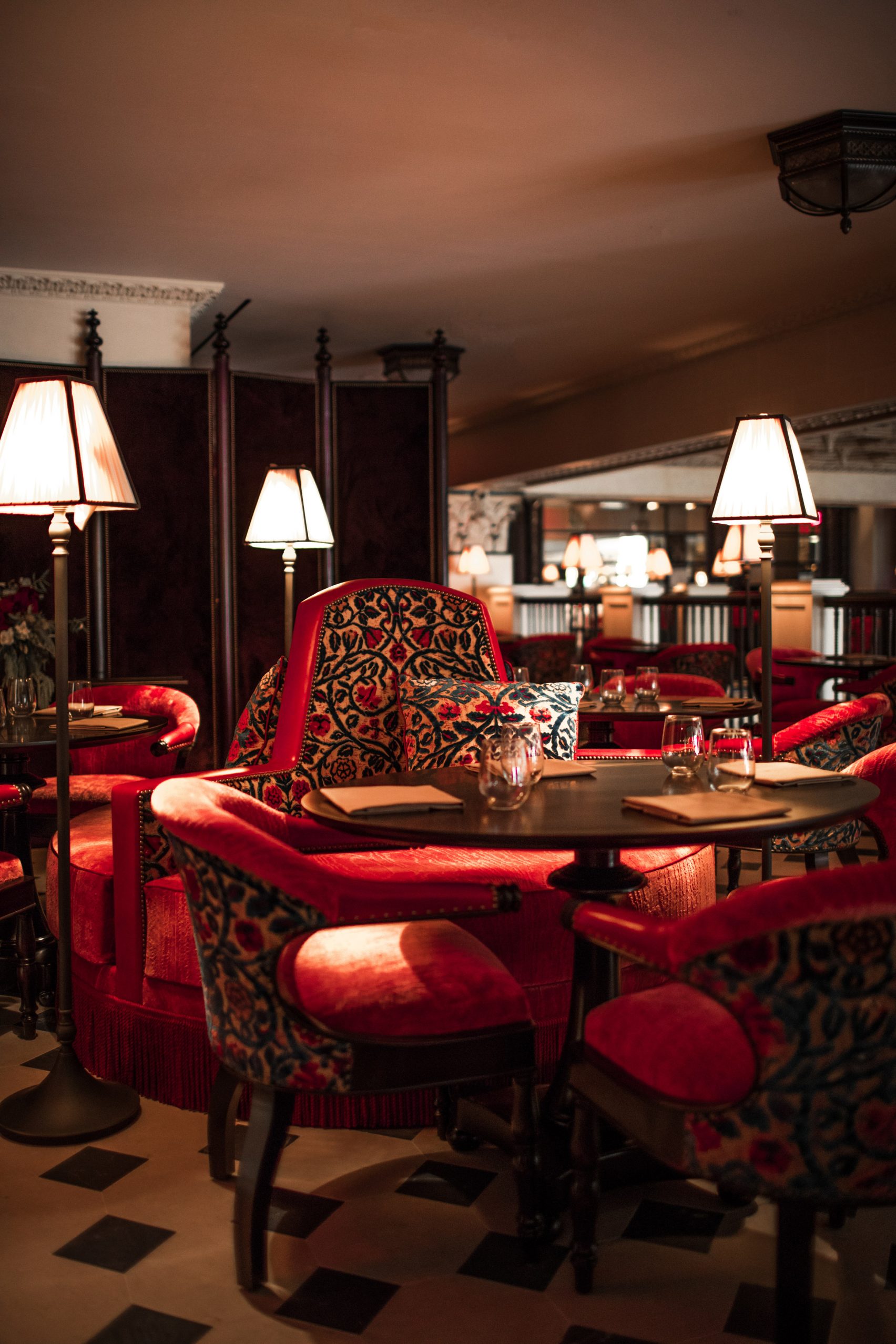 The original 12-storey neoclassical building was completed by architecture firm Morgan, Walls & Clements in 1922 to house the city’s Bank of Italy headquarters, and is regarded a historic landmark.

Leaving the exterior untouched – with noted features including columns along the ground level – Garcia transformed the interior of the building into a 241-bedroom hotel with a restaurant, bar, library, cafe and rooftop pool. 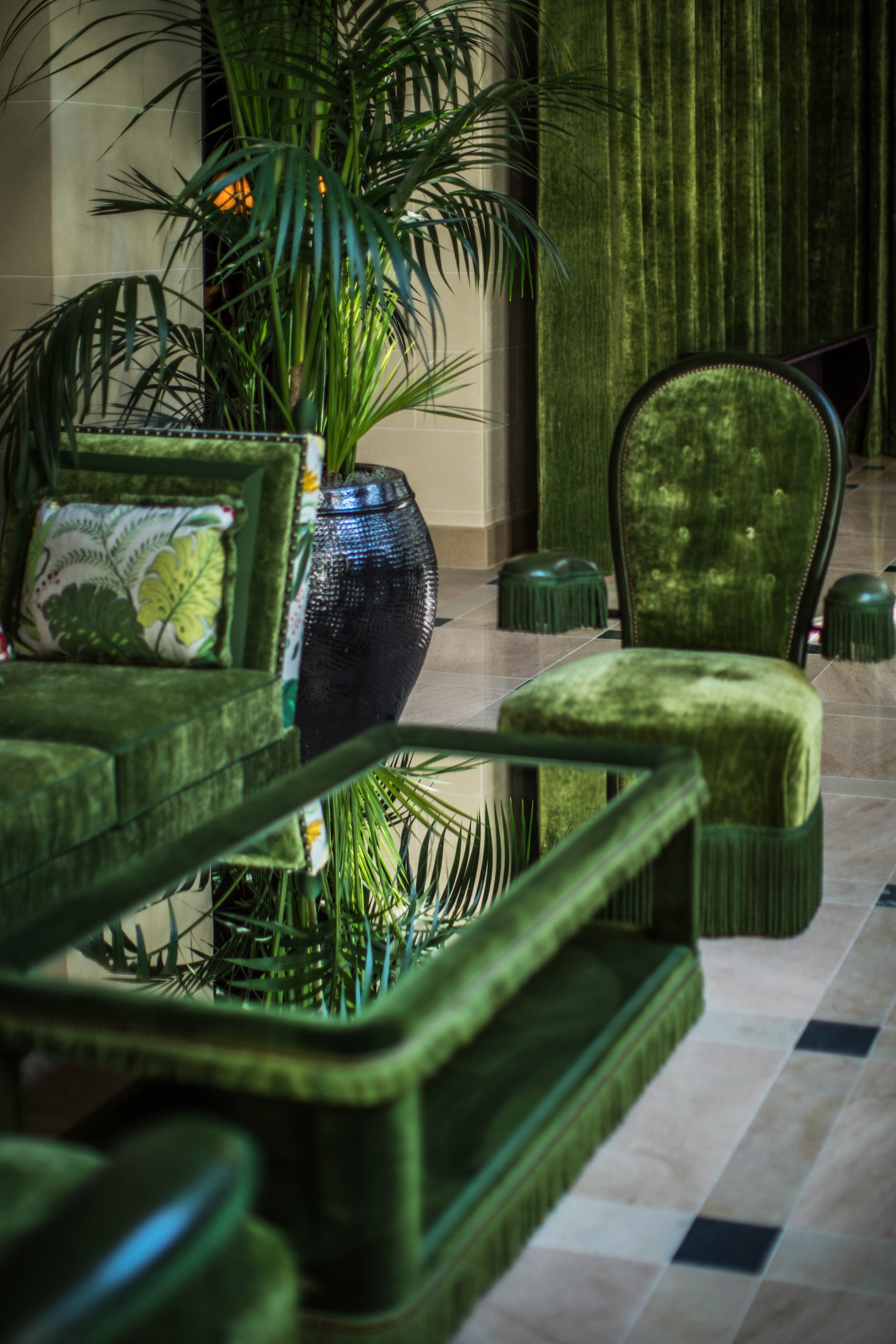 Where possible the architect preserved existing features, like marble flooring and decorative ceilings, and used them as a starting point for the colours and style of the new additions. 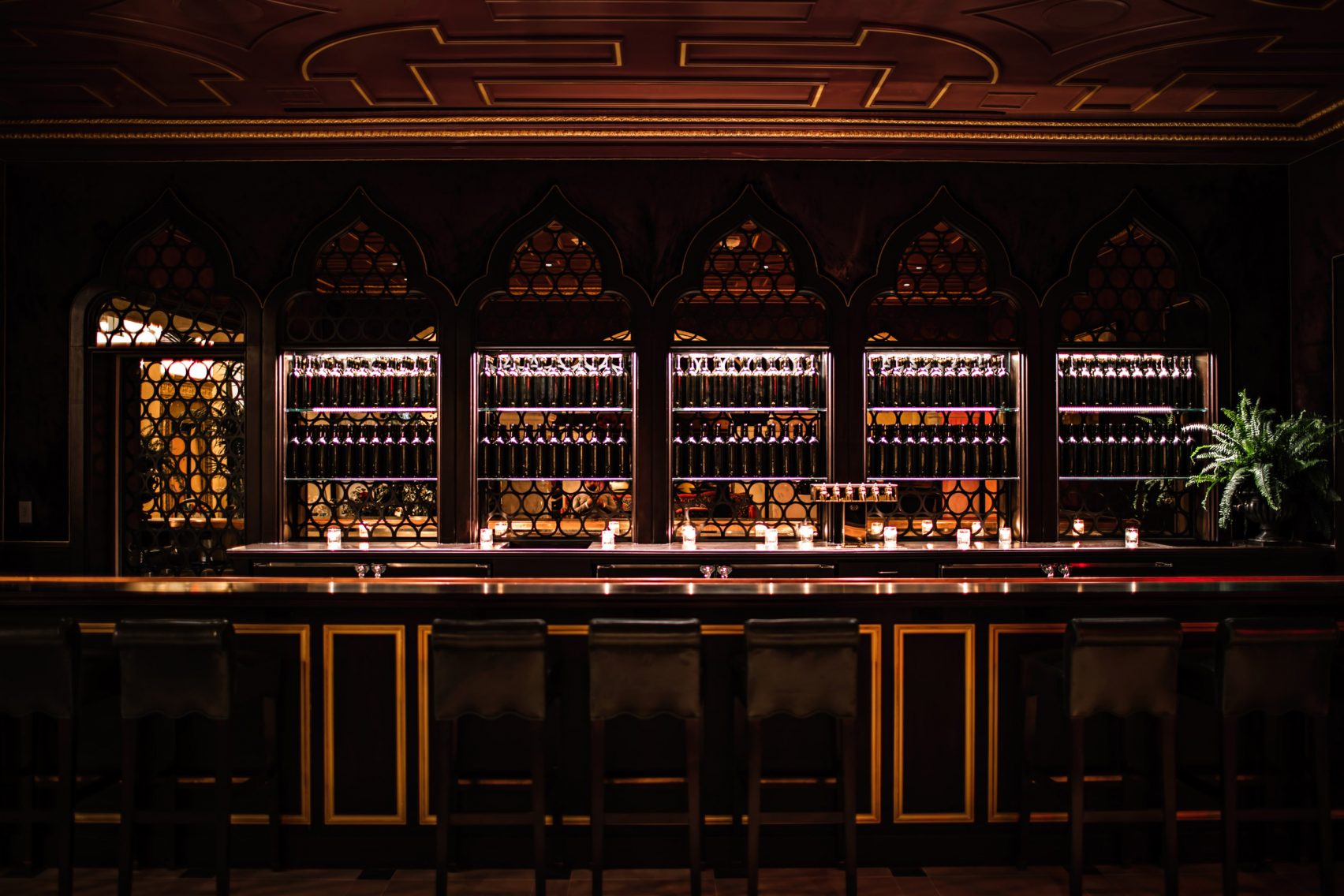 The library contains similarly ornate furniture but in blue tones that contrast pale walls, along with a pair of 12-foot-tall (3.66-metre) light fixtures. 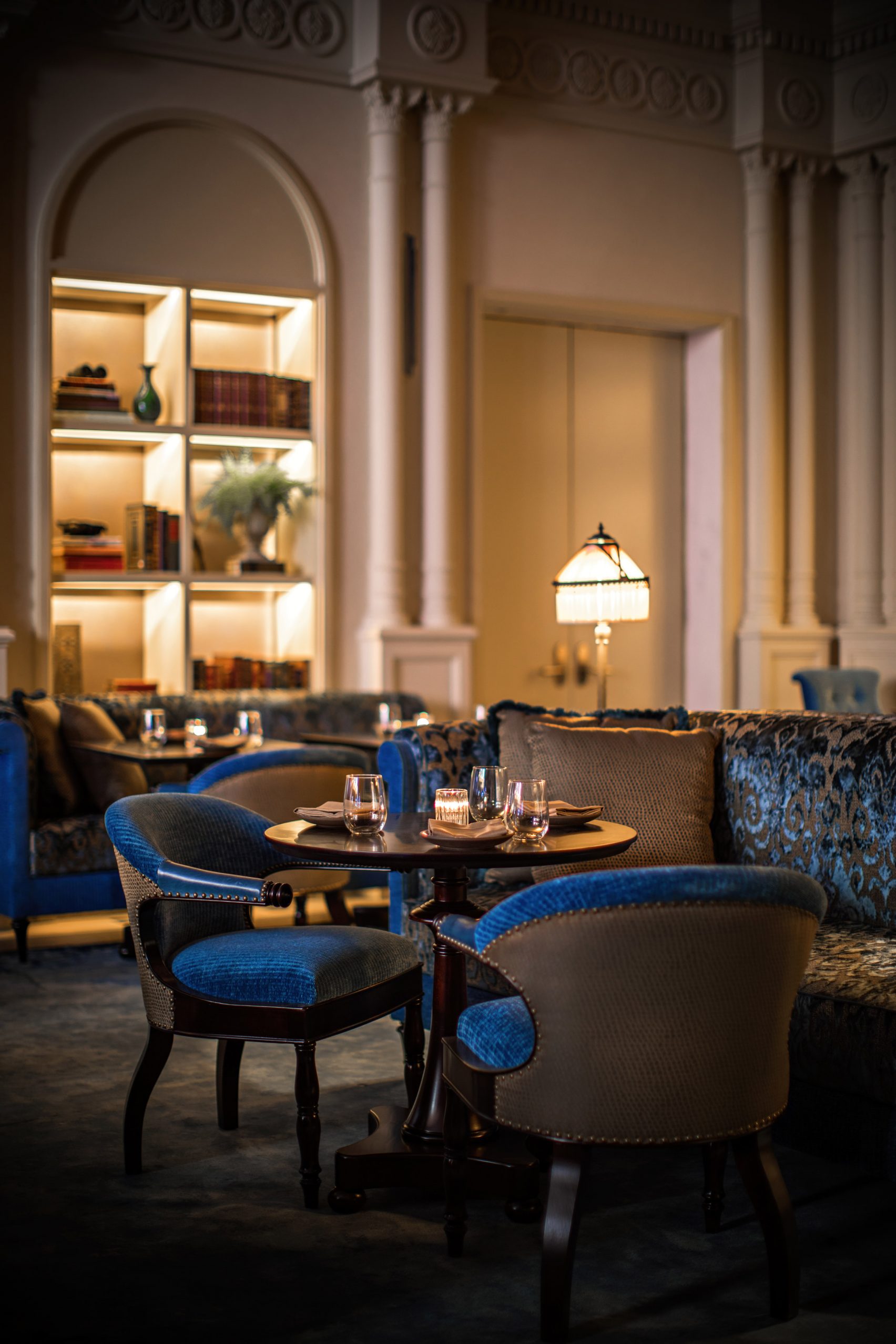 Velvety green chairs, sofas, curtains and a table topped with a mirror furnish another communal area known as the Palm Court, while the reception is dominated by a teal pattern that covers the desk and extends to the carpet. 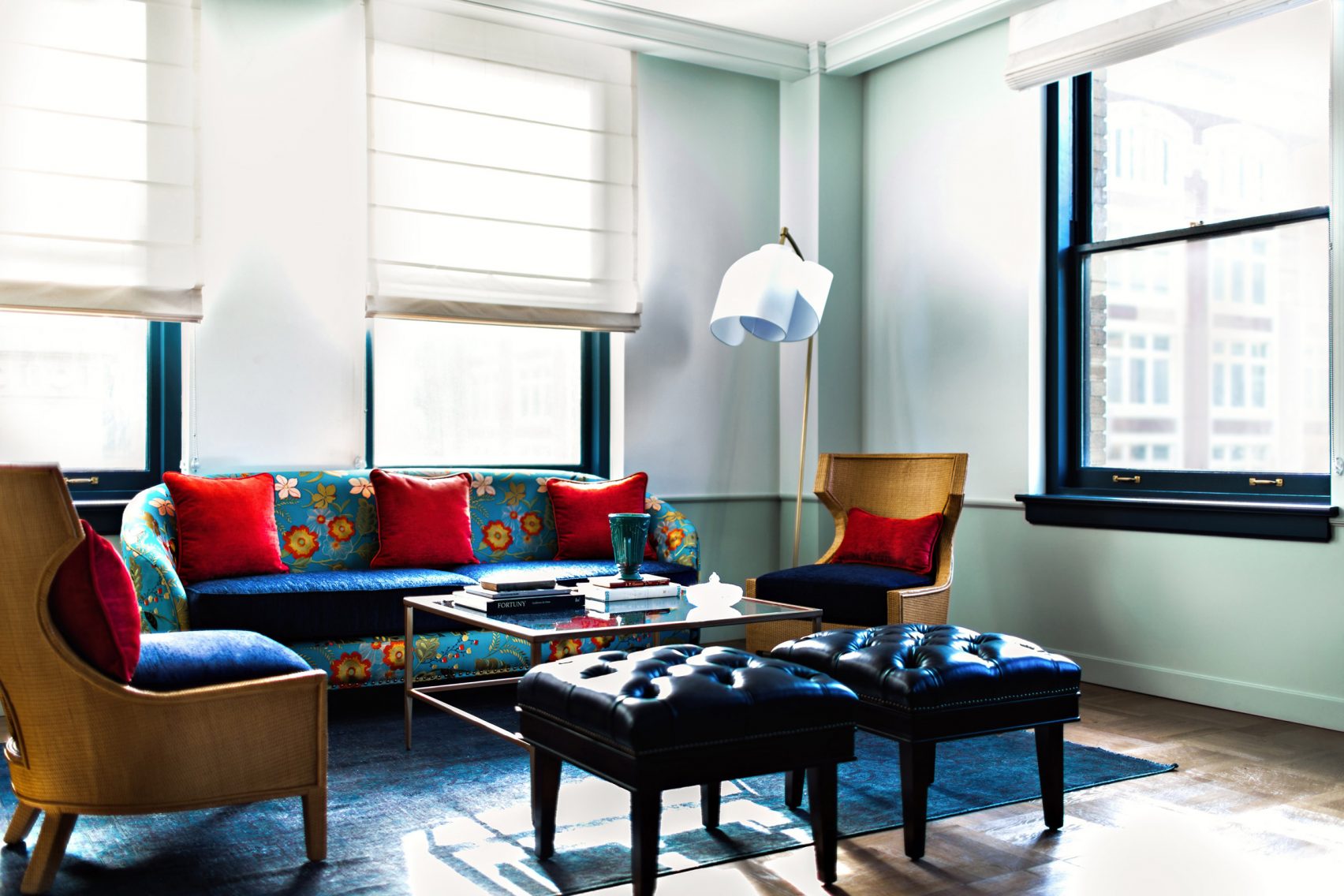 When styling the bedrooms, Garcia looked to the ornate ceiling restored in the lobby, mirroring its gold and blue tones in furniture, bedding and paintwork. Each room also features original artwork selected by Paris and New York-based design studio Be-poles. 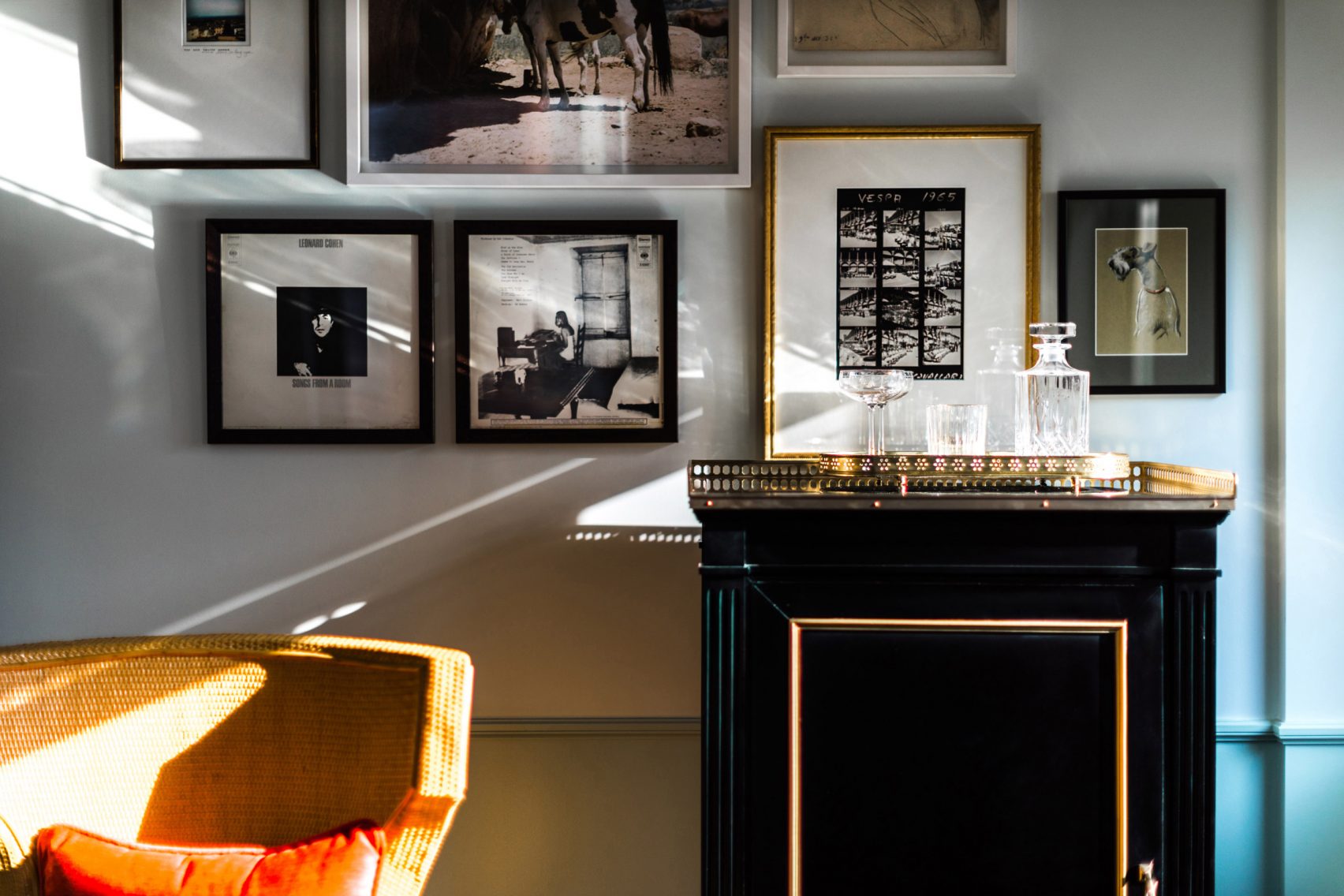 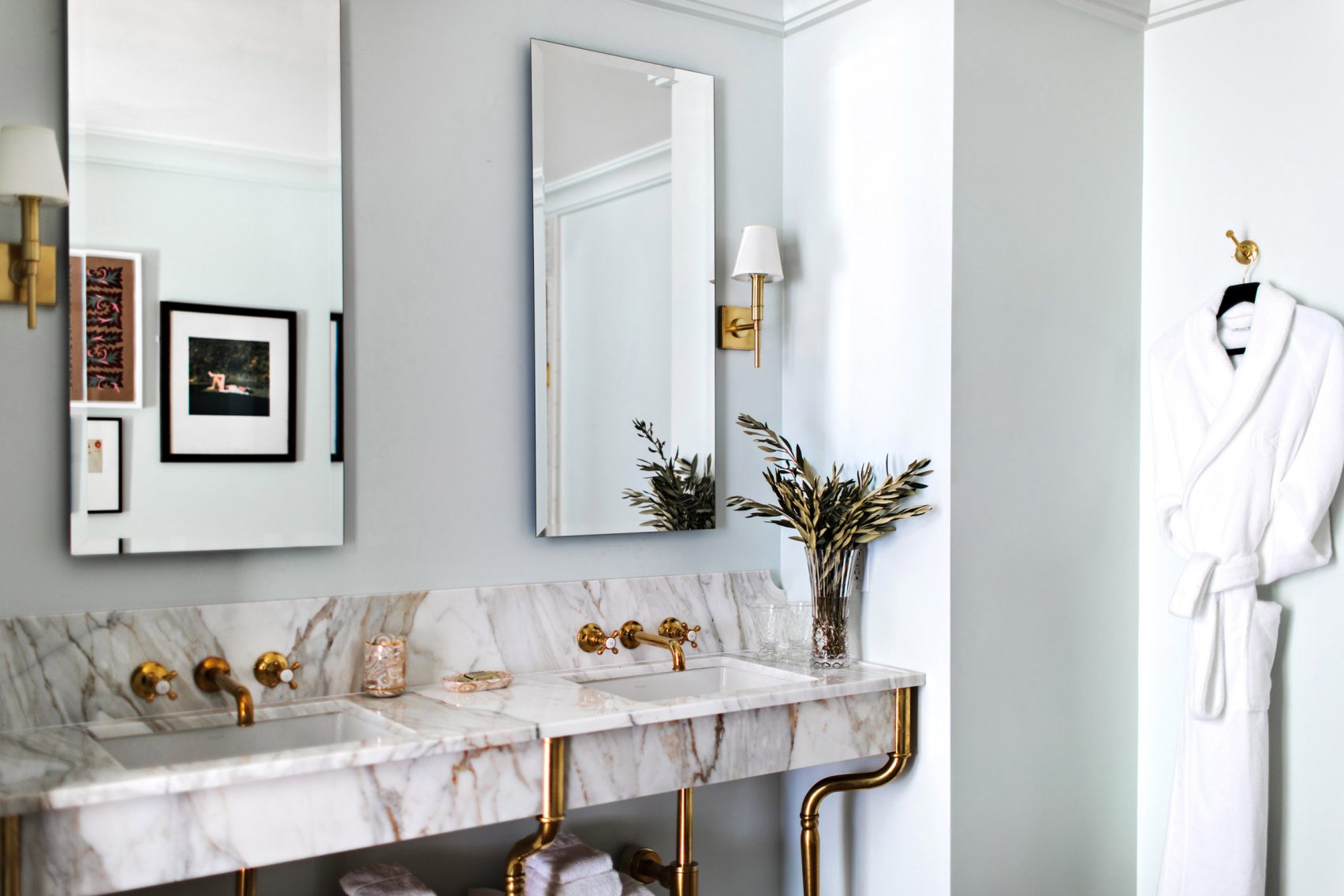 Garcia designed the Los Angeles hotel for New York’s Sydell Group, who are also behind the transformation of Edwin Lutyens’ Midland Bank in London into hotel and members’ club The Ned.

The Los Angeles outpost accompanies the NoMad flagship in New York. Chef Daniel Humm and restauranteur Will Guidara also form part of the project team, and oversee the hotel’s food and beverage programme.